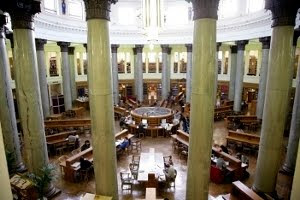 Visiting the Leeds Poetry Special Collection last week was a real journey down memory lane. Sifting through copies of various Leeds University student magazines it brought back memories of an exciting period during the early sixties, when Leeds Student Union became a hive of creative and cultural activity. When I arrived in Leeds in 1960 as a student the University Union was dominated by a particular clique around law society and the University motor club and a rather elitist class based attitude.

Whether it was an influx of more students from more varied backgrounds and schooling, the zeitgeist of the dawning spirit of the sixties, (more beatnik at the time than hippy), the influence of radical lecturers such as John Rex and the involvement of the then Gregory Fellows (in art and poetry) a real change took place at the University Union, one which was both politically and culturally fuelled. A manifestation of this was the emergence of several new cultural and political student societies and a number of student produced magazines encouraging student writing, creativity and debate. Mostly typed and duplicated by means of ‘Roneo’ and ‘Gestetner’ reproduction and with cover designs by student artists and illustrators, they would be on sale most days in the lower corridor of the student union.

I was fortunate enough to be involved with several of these magazines at one time or another, including 61 which heralded the sixties era, IKON, which was more formally type set and also featured photographs, MOMA (Magazine of Modern Arts) and Tlaloc, which was devoted to concrete poetry. Not only did the magazines feature student writing but sometimes carried special guest features, for example a pre-publication extract from a book by Herbert Read appeared in IKON. The Leeds Poetry Special Collection features some of these student magazines on its web site http://www.leeds.ac.uk/library/spcoll/leedspoetry/periodicals.htm
as well as documenting the work and lives of the then Gregory Fellows in Poetry, whose influence and reputations extended far beyond the local Leeds literary scene http://www.leeds.ac.uk/library/spcoll/leedspoetry/fellowships.htm

The inclusion of the Leeds Poetry Special collection in the coming 2010 Headingley Lit Fest. is something to look forward to and the initial collaboration promises to lead to a future partnership highlighting the illustrious cultural history of Headingley and its environs.
Posted by Richard Wilcocks at Monday, December 14, 2009 No comments:

Beryl Bainbridge on the radio

In response to some recent enquiries relating to Beryl Bainbridge, who was our guest last March, please click HERE to reach a BBC website where you will be able to listen to her, and where you may well find answers to your questions.
Posted by Richard Wilcocks at Wednesday, December 09, 2009 No comments: 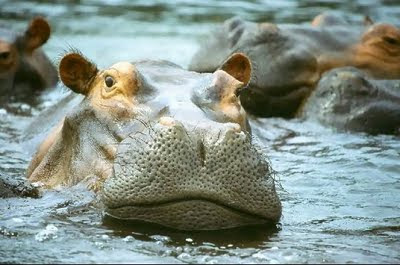 We were hippos rediscovering a muddy pool: Doug Sandle and myself visited the Brotherton Library's special collections department yesterday afternoon to look at magazines (mainly poetry) from the Sixties and Seventies. Neatly filed in cardboard boxes were fountain-penned letters, Underwood-typed poems on yellowing paper, carefully Gestetnered publications and distant but still fresh memories.
Archivist Kathryn Jenner (Geoffrey Hill Archive) showed us some of what she is documenting, and as we talked, we splashed about in comfortable nostalgia. Doug remarked on the quality of MOMA and IKON, I remembered that Dave Birtwhistle used to drink and sing in the back room of the Packhorse with Jake Thackray.
Click HERE for link to Brotherton.
All of this led to the fixing of a date - Thursday 18 March 2010 - for a reading of some of the notable poets of those prolific times.
More programme details to follow soon - jigsaw nearly complete.
Posted by Richard Wilcocks at Wednesday, December 09, 2009 No comments: