The details of the 2011 programme will be with you soon - just a few loose ends to tie up at the moment. Looks exciting!
Posted by Richard Wilcocks at Wednesday, December 22, 2010 2 comments:

It's the Monster not the Doctor

Just down the road from Headingley is Kirkstall, and in March, on an unspecified date, Frankenstein's Wedding Live in Leeds will take place in the abbey ruins, thanks to the BBC. Wonderful idea!

Let us hope that the publicity is clear about the difference between Doctor Frankenstein and the creature he created, the one who messed up his wedding.

Mary Shelley had Doctor Luigi Galvani in mind when she wrote the original. He spent his time sending electricity into frogs' legs, but does not look like a character in a 1930s film. See below. Neither Mary or Luigi ever lived in Headingley, but they might have been tempted to move here if they had received the appropriate relocation package.

The LitFest programme will be finalised soon, and it might include the film The Beast with Five Fingers, which would be shown at the Cottage Road Cinema on an evening which did not coincide with the extravaganza down at the abbey. This is all about playing on keyboards, or not, and has no connection with the Leeds International Piano Competition.

The theme of the next LitFest is A Sense of Self. First event (at the moment) is a short story evening (personal, unpublished, between ten and fifteen minutes) at Café Lento on North Lane on Tuesday 15 March.  Final events will be on Saturday 26 March. 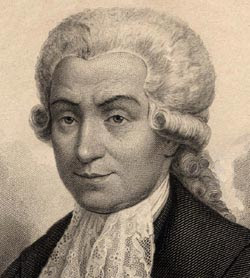 Galvani, the inspiration for Frankenstein.
Posted by Richard Wilcocks at Wednesday, December 01, 2010 No comments: