This Thursday - October 2 - issue 42 of The North will be launched in the Leeds branch of Borders as part of Magazine Week. There will be a day of writers' workshops and poetry readings. We're telling you this because if you are reading this, having come to the blog to find out about local happenings, you're sure to be interested. Borders is just down the road a little from Headingley, after all.

Peter and Ann Sansom, editors of The North- and directors of The Poetry Business- will be running two writing workshops during the day - just bring a pen - and there’ll be entertaining short readings in the evening. The workshops are at 12.30-1.30pm and 5.30-6.30pm. The readings by brilliant North poets Rosie Blagg, Kath McKay and Ed Reiss are at 7 - 8pm. There will also be magazine readings from the floor, so bring a poem or back issue of the North to read from.

Free entry and free wine - and, in line with the nationwide Borders magazine promotion, copies of the magazine will be 'Buy one get one half price'.

Click HERE for Poetry Business or ring 0114 3464038 if you want to know the fine details.
OR, look at what Rony Robinson from Radio Sheffield said about it all by clicking HERE.

Posted by Richard Wilcocks at Monday, September 29, 2008 No comments:

Bringing it all back home

Latest news is that Ian Clayton has been signed up for a talk and a workshop on Saturday 21 March 2009.  Ian is usually described as a "writer and broadcaster", but he is surely a lot more than just that. I think of him as a terrific raconteur after hearing him holding forth on the Luddites and reading from various chapters in Charlotte Brontë's Shirley in a hotel restaurant in Gomersal a couple of years ago. He created a fair amount of sympathy in his audience for those machine-breakers of a couple of centuries ago, often crudely depicted as mindless thugs, and spoke movingly  about his Featherstone childhood too.

He didn't read all that much out of Shirley, a good thing because he is at his best when simply holding forth. The book he will deal with next March is Bringing It All Back Home (Route Publishing, 2007 (Hardback) ISBN 978-1901927337 (Paperback) ISBN 978-1901927351). It is all about popular music, so it is quite likely that some popular musicians will be around at the same time Ian is talking.
It is also quite likely that the venue for all this (and a preliminary workshop) will be the Banqueting Suite at Headingley Stadium, and that an as yet unspecified sports personality will be on the bill as well.
Thanks to Mary Francis for contacting Ian.
Below, Ian and his book cover: 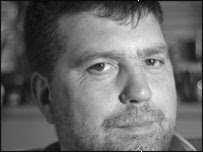 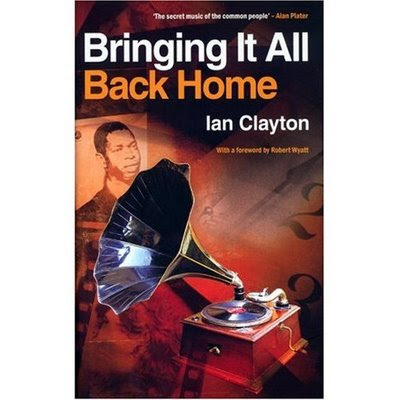 Posted by Richard Wilcocks at Thursday, September 25, 2008 No comments:

The wines went down well after being expertly tasted at the Bowery, Bassa Bassa was thrilling at the Supporters Club and the sun shone down on the annual al fresco barbecue at the New Headingley Club. Partners were happily taken during the ceilidh and most Headingley restaurants offered set meals for a tenner. Last Sunday came the finale, accompanied by fine weather: hundreds milled about in the Cardigan Triangle (mainly Chapel Lane), sat around eating home-made courgette cakes in an impromptu cafe in a back garden and tramped into each other's houses to look at works of art.

It was Celebrate Headingley - a superb eighth one. And although the Headingley LitFest was not on everyone's lips, because it is next year, in March, it was certainly talked about. "There's a real thirst for that sort of thing," I was told at the barbecue. Below, some of the more musical celebrants: 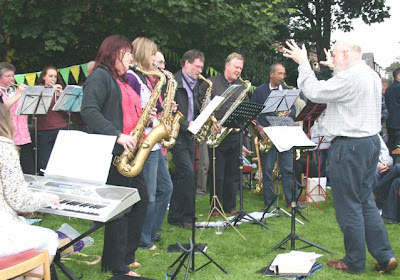 Posted by Richard Wilcocks at Wednesday, September 24, 2008 No comments: