Richard Wilcocks writes:
“Lle desiel?” is Elvish for “Are you ready?” One-time Headingley resident J R R Tolkien was responsible for creating the Elvish language, of course. It comes in two variations – Quenya and Sindarin, or High-elven and grey-elven. Tolkien provided only three hundred and fifty words, but his followers have now added thousands more, so you can now take part in a reasonably intelligent conversation.

Perhaps it will replace Esperanto as the world’s most significant made-up language. Who knows? And before you ask, there is no evidence that Tolkien was working on Elvish grammar while he was living in Headingley, and the blue plaque which will soon be put on the wall of the house in which he lived while lecturing at the University of Leeds will have English words on it, in spite of intensive lobbying by local elves.

Elvish has a credible but rudimentary grammar, and is based mainly on Finnish and Welsh, so I am told. Perhaps after the forthcoming LitFest in March next year (keyword is LINGO), some people will be inspired to become experts, because Elvish will be at least talked about by Dr Richard Brown from the English Department of the University of Leeds as part of an event which will probably take place on a Wednesday evening – ‘probably’ because the programme is still being fixed. It will appear in its final form in January.

Below, the Elvish written on the One Ring: 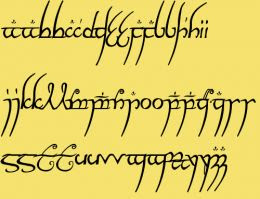 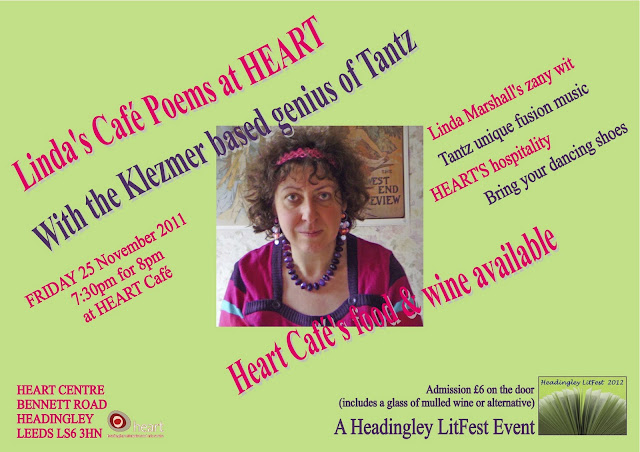 Posted by Richard Wilcocks at Thursday, November 03, 2011 No comments: