The shape of things to come

We're springing into action again, or should that be sliding inexorably towards it? 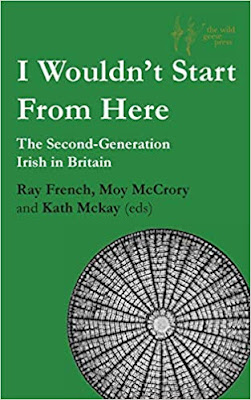 Our well-established poetry in primary schools programme - spread out over a few months - has started, with James Nash already at Ireland Wood and Malika Booker arriving at Brudenell Primary for a first session tomorrow.

There is a cluster of events in March for your diary too, some of them also our contribution to the Leeds Lit Fest, for example the Leeds launch of I wouldn't start from here, which showcases second generation Irish writers in Britain, on 5 March at Headingley Library (sorry 'Hub'), Lee Ingham's new book of memoirs Ours: Football at the New Headingley Club on 6 March and Ray Brown's sparkling new play Skybluepink at the same place on 7 March.

And more - like our annual gala afternoon of creative writing on 10 March with a theme of 'Sanctuary'. More details to follow!