Inspiring stuff for Ilkley - and Headingley 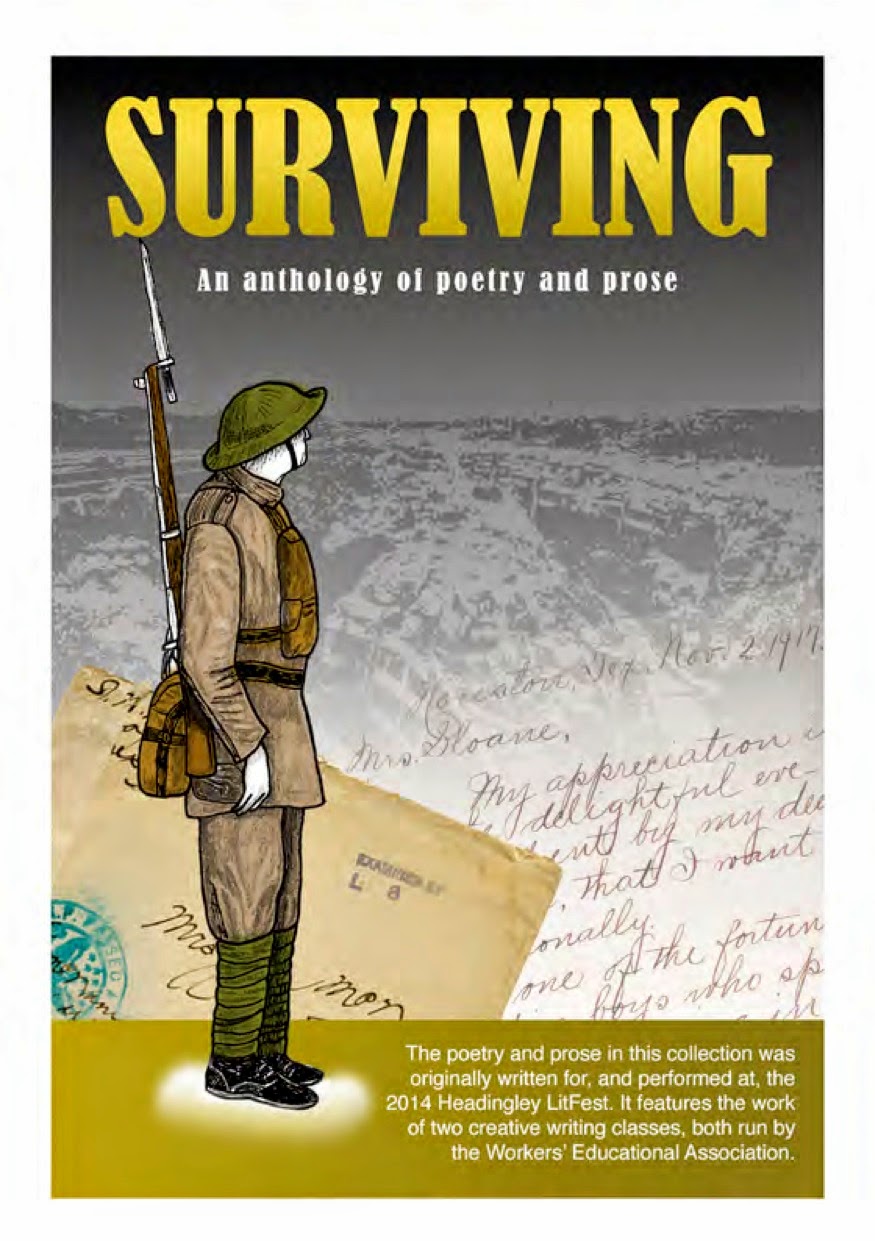 Saturday night at the Ilkley Literature Festival Fringe and two groups who collaborated to put on a fantastic performance at the Headingley LitFest in March joined together once again to reprise some of their work and add in a few new pieces.  Inspiring stuff – despite that you were sometimes holding your breath with admiration and awe as feelings and effort were laid bare.

The groups were first brought together early in January 2014 by a partnership between the WEA and Headingley LitFest, supported by a grant from Jimbo’s Fund.  LitFest commissioned local author and WEA tutor Alison Taft to provide significant additional tuition to wannabe writers and poets from the Osmondthorpe Resource Centre.  The new creative writing tutor at the ORC, Maria Preston, did her group proud as compere, with strong technical support from centre manager David Fletcher. Their belief in their writers shone out, and it was wonderful to see the self-belief developing in our performers, despite the shaking hand-held papers and quavering voices.

The groups have produced a heartwarming 48-page anthology of their writing and poems, available for only £2 from the Osmondthorpe Centre.

Posted by Richard Wilcocks at Sunday, October 19, 2014 No comments:

Grim Tales from the War

Richard Wilcocks, Secretary of Headingley LitFest, treated a large and supportive audience at the Ilkley Literature Festival Fringe in the Ilkley Playhouse to an absorbing selection of anecdotes from a wide range of sources.  The medical practitioners – the VADs, matron, staff nurses, RAMC surgeons – and the patients all had a representative in the book to tell their tale.  Medical care and practice in WW1 had many surprises: for examples the team of privately-sponsored masseuses (yes, really), smoking in bed as the norm, a singular lack of pain relief or antibiotics and the surgery that rebuilt faces and shattered lives.

His extensive interviews with surviving relatives in the Yorkshire region had provided accounts based on personal memorabilia and recollections and Stories from the War Hospital, first published in March 2014 by Headingley LitFest, details life at the 2nd Northern Military Hospital in Headingley, known at the time as Beckett Park Hospital.  Two years went into the research and the writing, exemplified tonight by the extraordinary true tales of Private Robert Bass and VAD Nurse Dorothy Wilkinson, just two from the dozens in the book.

Richard is an entertaining speaker/performer, with a talk illustrated by snatches of song, poetry and racy gossip as well as some of the starker statistics about the close to 60,000 patients who passed through the doors of the former City of Leeds Training College for teachers.  He has a knack for exploring the grim and the grime, to find the laugh, the life and even the love story. For more on the book go to its website at www.firstworldwarhospital.co.uk

Richard is available for Powerpoint-illustrated talks and storytelling sessions based on his book, and is also offering teaching sessions and drama workshops in schools. Get in touch by emailing headingleyhospital@gmail.com

Posted by Richard Wilcocks at Wednesday, October 15, 2014 No comments:

Mimika's performances, which use immersive soundtracks, puppetry, digital animation and miniature landscapes, are presented in a beautiful white tent where children and adults alike experience an intimate and atmospheric show full of magical and poetic imagery.

This is an ideal half term treat for all the family.

Book on line here http://heartcentreheadingley.ticketsource.co.uk/events
or at Heart - see poster for details. 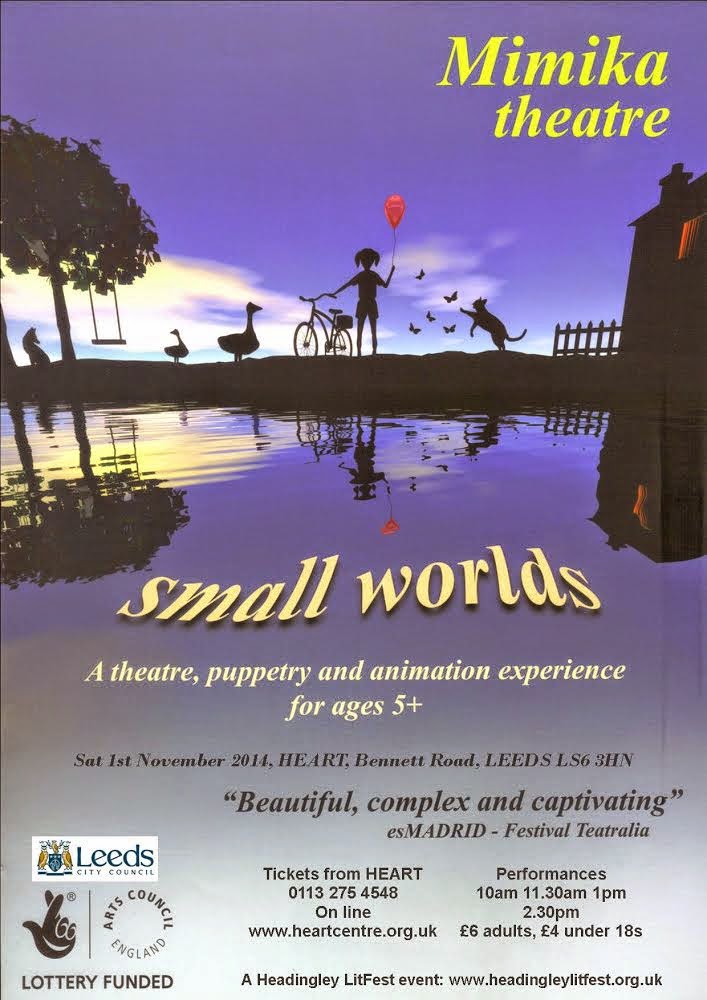 Posted by Richard Wilcocks at Tuesday, October 14, 2014 No comments:

The Ilkley Literature Festival is well underway now, and I would guess that quite a few of you will be going. This year, no less than three of its Fringe events first took place in Headingley, in March. If you missed any of them, or just want to turn up in solidarity, here they are in date order:

The wartime hospital at Beckett Park was the setting for extraordinary scenes a hundred years ago. I will not be giving a straight reading from the book which was launched in the New Headingley Club, but telling true stories, illustrated on screen by a number of old, rare photographs and drawings. It will be as dramatic as I can make it.

Ivan Cooper read from his book in Headingley Library, and the audience response was extremely positive. The book is occasionally scary – but there are comic passages as well. Join him on a trip through the remote and hardly-visited regions of Tibet.

Expect to be moved, surprised and entertained as writers from Osmondthorpe Hub perform short stories, poetry and plays on the theme of surviving, bridging words and worlds. Did you see them in the Heart Centre?

The LitFest committee is beavering away for 2015, and we’ll have something more to tell you soon!