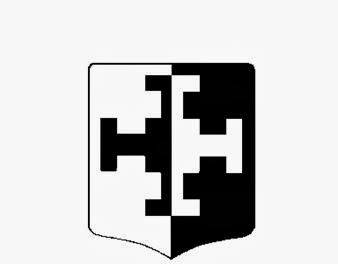 Sally Andrews writes:
Monday 27 January finds St Chad's school assembly hall crammed with 160 keen pupils and their teachers listening in rapt attention to some of their peers in Year 6 read out poems written with the inspiration of James Nash, local writer and poet working in the school as part of Headingley LitFest's support for community schools.

Once again the compelling gaze of the sightless clay eyes of a terracotta head used by James inspired children to write about the current LitFest theme of 'Surviving'.  They wrote movingly, with wide-ranging vocabulary and read out their work with such mature assurance that it only served to illustrate the value of such opportunities to extend their experiences of poetry, poetic imagery and performance.

As Holly said, “It was very inspiring to hear and see a real poet; it made me want to write more poetry.”  Her classmate Hajra added that “Planning the poem and setting out my ideas” had also been exciting. Their class teacher, Ms King, was delighted in the spur for her “pupils to keep writing poetry after James has left his mark on the school” and headteacher Mrs Pratten praised those “wonderful youngsters who showed courage in sharing their work with everybody and who had written in such a thought-provoking way.”

Jo Shapcott – multi-award-winning poet in the main LitFest on 20 March 2014 – it seems you have a lot to beat!

Posted by Richard Wilcocks at Monday, January 27, 2014 No comments:

Programme brochure is being printed!

Exciting eh? They'll be given out at Headingley Farmers' Market on Saturday 8 February - and that's just a start. In the meantime, see the preliminary programme at www.litfestprogramme.blogspot.com
Posted by Richard Wilcocks at Wednesday, January 22, 2014 No comments:

A warning from matron

Update on the LitFest's Wartime Hospital at Beckett Park project:

The illustrated book containing the true stories which have been collected and the discoveries which have been made over the past year or so - some of them extraordinary - will be launched at a very special evening on 21 March at the New Headingley Club in St Michael's Road. During the event, at 8pm, a group specially created for the occasion called Vedettes will give a performance based on some of the stories. You are being warned now that the club is liable to be packed out - so tickets will issued nearer to the date, even though entry is free - with a collection. You can book your place now by emailing headingleyhospital@gmail.com

Posted by Richard Wilcocks at Friday, January 03, 2014 No comments: