Charismatic performance poet Michelle Scally Clarke is well-known in Headingley:  for the past five years she has been the creative genius behind the amazing poetry slams held at Lawnswood and city of Leeds schools as part of the Headingley LitFest. Her own poetry lays bare her turbulent journey from care, to adoption, to motherhood, to performer – and she encouraged the teenagers who attended her preliminary workshops to dig deep and find their own sense of identity. She worked with the students for six weeks before each slam, nurturing their talents and offering them her own inimitable style of encouragement.

She will be joined by poet Becky Cherriman, musician Stella Litras and other guests for what should be an unforgettable evening in the HEART Café, Bennett Road.

Posted by Richard Wilcocks at Thursday, May 31, 2012 No comments:

Poet Ian Parks will be joined by the two Simons from Des the Miner, which is the resident group at the Flux Gallery, and by his guest Kim Moore.

Ian Parks was one of the National Poetry Society New Poets in 1996. He was made a Hawthornden Fellow in 1991 and has taught creative writing at the universities of Sheffield, Hull, Oxford and Leeds. 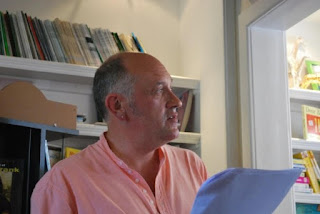 Described by Points North magazine as 'an heroic figure in Yorkshire poetry and a living legend in Hull', Ian Parks is the only poet to have poems in the Times Literary Supplement and The Morning Star on the same day. His collections include Shell Island, Love Poems and The Landing Stage.

His poems have appeared in Poetry Review, The Independent on Sunday, The Observer and Modern Poetry in Translation. He is currently editing a new anthology of contemporary Yorkshire poetry for Five Leaves Publications and was special guest on the Janice Long Show (BBC Radio 2) earlier this year.

The Exile’s House is published by Waterloo Press and he will be venturing out of Mexborough in November to live and work as writer-in-residence at Gladstone's Library. He's asked them to subscribe to The South Yorkshire Times during his stay.

He has researched Chartist Poetry: his book on this will appear next year.

“This is a poetry which is universal, profound and as natural as breathing.” David Cooke 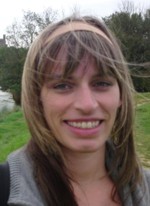 Kim Moore works in Cumbria as a peripatetic brass teacher, which involves travelling to different schools to teach brass instruments and drinking cups of tea.  She lives with her husband, two dogs and a cat.
Kim has recently completed an MA in Creative Writing at Manchester Metropolitan University.  She has been published in various magazines including Poetry Review, The TLS, Ambit, The Rialto, The North and Magma and has recently had reviews published in Mslexia and Poetry Review.  In 2011 she won the Geoffrey Dearmer Prize and an Eric Gregory Award.  She regularly reads for the ‘Carol Ann Duffy and Friends’ series at the Royal Exchange in Manchester and is Reviews Editor for the Cadaverine magazine.  She is currently working on her first full collection.