The well-attended LitFest launch party happened on Sunday evening: by all accounts it was a tremendous success.

Richard Wilcocks thanked the owner of the house where the party took place - June Diamond - and other members of the small committee which has been behind LitFest preparation - Mary Francis, Rachel Harkess and Vivian Lister. Poetry followed - from Trio Literati, Murray Edscer and Michelle Scally-Clarke.

Then came the auction of various donated items, which included a device for making newspaper into burnable logs, a bottle of Irish whiskey and a silver necklace from Azendi. Auctioneer was Trevor Bavage, total raised was £204.50

Music and chatting continued long into the evening, in the house and under the gazebo in the garden. Now for Nicolette Jones on Wednesday.......

Below, Trevor Bavage auctions the log maker and Michelle Scally-Clarke reads from her most recent collection She is: 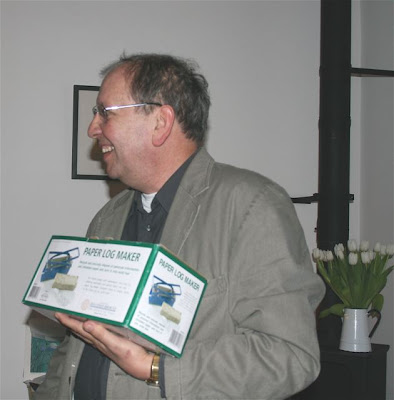 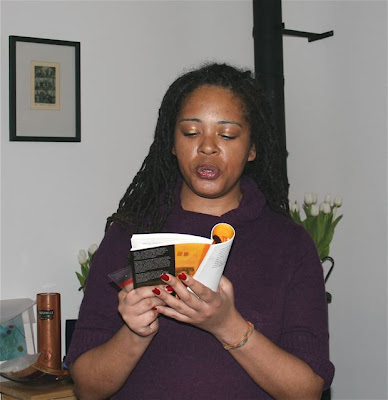