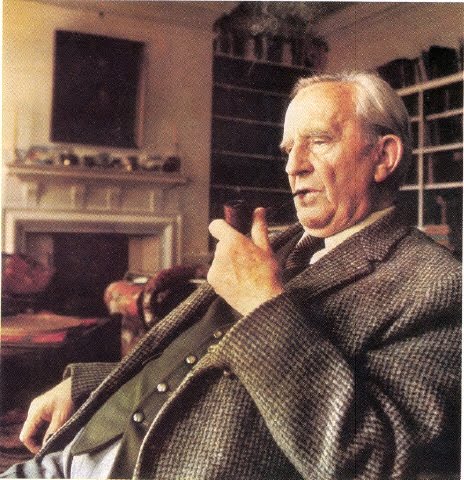 Contrary to what people keep telling me, and in response to a few email queries, one-time Headingley resident J. R. R. Tolkien did not write The Hobbit in Leeds. Thanks to Karen for your research on Lord of the Rings, as well, while we are on the subject - you had something to do with the filming in New Zealand, so you should know. And incidentally it's good news that The Chocolate Fish is open again in Wellington!

Tolkien was Reader and then Professor of English Language at the University of Leeds from 1920 to 1925. Just before he left to become Professor of Anglo-Saxon at Oxford, he brought out an edition of Sir Gawain and the Green Knight. The second edition of this (with his colleague E.V.Gordon) followed in 1930 and remained influential throughout the twentieth century.

And I have no idea whether or not Tolkien supped pints in Whitelocks. I like to think that he did.
Posted by Richard Wilcocks at Tuesday, February 16, 2010