Love changes everything... or does it? 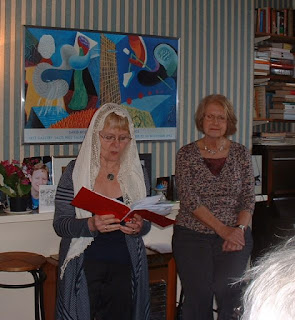 House Events have become a well established tradition for the Headingley LitFest – open up your front room and throw in a few poets, writers, musicians and performers and you have a friendly intimate atmosphere for an enjoyable hour or so on a Sunday afternoon. Wordsong, aka Maggie Nash, Lynn Thornton and guests once again provided a well crafted presentation and professionally-enacted medley of poetry, readings and songs around this year’s Litfest theme, Lives and Loves.


Presented in 5 sections  (Waiting for Love –Looking for Love?, Difficulties of Love, Make Up or, Break Up and finally  Sustaining a Relationship) we were provided  an engaging  narrative around both the dreams and realities of  falling in love with all its foibles, ironies, humour, delight and inevitably at times disappointments and difficulties. Aptly punctuating the sections Maggie and Lynn, accompanied expertly by John Holt on the piano, sung us well known songs that fitted nicely with the theme and the ‘drawing room’ atmosphere, including My Funny Valentine, Makin Whoopee and appropriately to end the proceedings, Let There be Love. 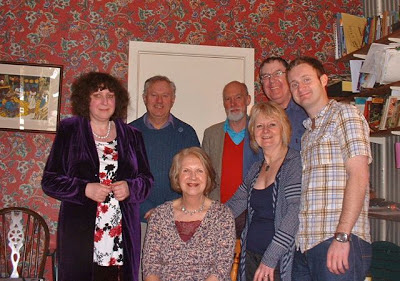 There were readings from many established and well known poets and writers such as Adrian Henri, John Betjeman, Joyce Grenfell, Elizabeth Barrett Browning and Philip Larkin as well as contemporary poets such as Wendy Cope and Carol Ann Duffy. Local writers were also featured such as James Nash and in person Linda Marshall and Bill Fitzsimons, both members of Lucht Focail (People of the Word), who read us their own work, which was particularly appreciated and very well received.

The audience  were also treated  by  two delightful little dramatic cameos, one from Elizabeth Gaskell’s Cranford and one from a Ian Fleming James Bond short story, Quantum of Solace, the latter surely producing an Oscar winning performance by Maggie as James Bond!  Mention should also be made of the contributions of David Robertson and Bob Holt to what was an event to warm the heart on a particularly cold Sunday afternoon.

Remember that next Sunday 17  March there will be another free Litfest House Event featuring Leeds playwright, writer and raconteur Ray Brown who will informally chat about and read from his award winning story Maria’s House and an assortment of ‘flash fiction’, some of which is set in Headingley. For details of location and to book a place ring 0775 252 1257
Posted by Richard Wilcocks at Monday, March 11, 2013