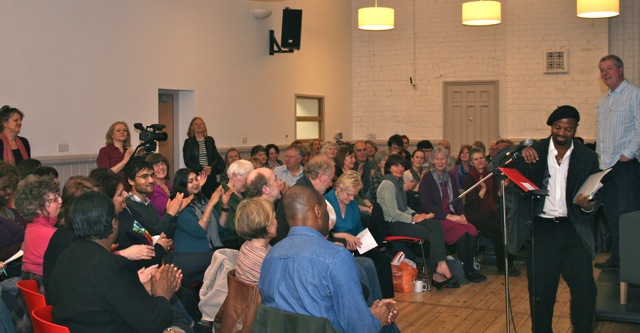 Richard Wilcocks writes:
On Saturday afternoon, we were privileged to meet one of world literature’s most beloved, spellbinding and unclassifiable voices, a poetic dreamer and an explorer of new realms who believes in the power of the imagination and storytelling to change the world. To state that he was very welcome is a substantial understatement. The audience that filled the Shire Oak Room in the Heart Centre hung on every one of his words, as he spoke in jest and in earnest, about this and other worlds. Old, young, resident, student, visitor, familiar, unfamiliar – all of them were there.

We were some of the first people in the country to see his new book as well – A Time for New Dreams – which gives his view of what is happening now, from environmental issues to the economic crisis, and which tells us how we can transform ourselves and address the problems. It is in the form of poetic essays, distillations which have titles like Poetry and Life, On Childhood and Healing the Africa Within. He read from several essays at various stages, including The Romance of Difficult Times and Dramatic Moments in the Encounter between Picasso and African Art.

With fine sonority, he read poetry and stories, then gave very full answers to questions asked him by myself and the audience; most of this is now up on YouTube. Here is part one of a series:


He spoke about his early career and the publication of his first novel – Flowers and Shadows – at the age of twenty-one and about his relationship with music. Music is encountered in many of his writings, music of all kinds: popular, classical, European and African. One of the surprisingly few questions about The Famished Road from a woman in the audience was about its structure and the use of what she described as ‘leitmotifs’, which led to further discussion about linear compositions and those which might be described as spiral, with the same points visited over and over again.

I asked him about the way critics tend to compartmentalise him, and about the label of ‘magic realist’ which he is made to wear, a label which is irritating because it limits perceptions, about the first impulse which starts him writing, and about the mythologies from which he draws, mythologies which are crucial for creative processes because of the insights and extra dimensions they provide. A myth should not be approached purely out of nostalgia. References to Ancient Greek and Roman myths and history were included in the read-out sections of A Time for New Dreams, for example:

The Aeneid reminds us that great civilisations can be built on great failures. It also reminds us that adversity is not the end of a story but, where there is courage and vision, the beginning of a new one, a greater one than before.  (p39)

Success makes us fly with unreal wings and more often than not, like Icarus, takes us to close to the sun.  (p40)

‘Sometimes the way up is the way down,’ Heraclitus said. (p42)

He mentioned that he had arrived by train, and that many of the trains going in the opposite direction to London had been full of people travelling to the big demonstration against the government’s cuts. At my request, he related his views on improving our personal and collective conditions to this event.

The audience, he remarked afterwards, was “one of the best I have had”, responsive, sympathetic and good-humoured, with an array of particularly intelligent questions. That’s Headingley for you! He responded to an audience request to read from his essay on Picasso and African Art:

When he saw the masks he was shattered by the original flash of lightning, with its zigzag out of nothing. A howl and a laughter as mysterious as the map of Africa clouded his mind.

In that moment all of Ancient Spain died and was resurrected in a new form.  (p65)

He gave a generous amount of time to talk to each one of the many people who bought books (thanks again, Radish!) for him to sign. Ben Okri, we loved you!

Here is a selection of written comments:

Ben Okri spoke and the pictures unfolded around the room.  (Catherine Corr)

Wonderful to have this fantastic man come to Headingley. (Anon)

Just wonderful to get an idea of the depth and breadth of his vision and his wonderful contribution to the world. (Anon)

Highly enjoyable event. It was especially good that Ben Okri did not just read poems, essay extracts etc but that he embodied poetry in his manner of speaking and behaving. (Anon) 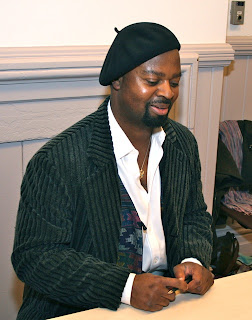 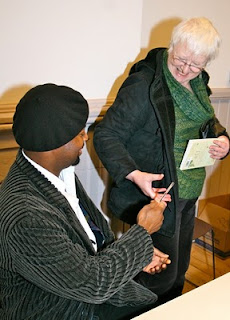 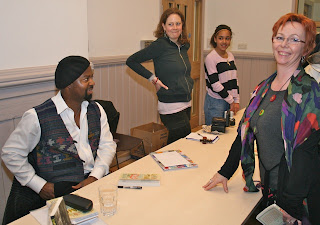 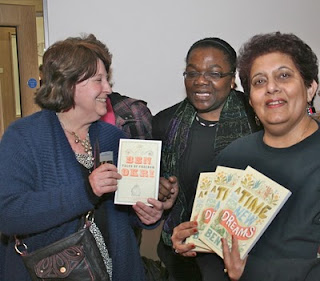