Food appears to be playing an increasingly important part in the LitFest. We began in a restaurant this year, compliments about the home-made cakes and dainties provided last year were commonplace, and similar praise has been drizzled upon us this time around. Perhaps we should finish in a restaurant as well. Or in a house with a good cook in residence.
This particular house event on Sunday afternoon was so successful that there had to be a repeat performance. Fortunately, the first lot through the door did not scoff everything, and there was plenty of Oyster Bay left to drink, because I was there for the second session. Lis Bertolla and Doug Sandle performed a well thought-out poetry programme, Maria Sandle sang and played guitar, and a couple called The Retrolettes sang and played the ukelele. At one point, Doug played a Jew’s Harp!
There were poems written by Lis and Doug themselves and by the likes of Geoffrey Chaucer, Jonathan Swift, John Keats, Edward Lear and Roger McGough, and occasional ventures into prose, with short extracts from Fitzgerald’s The Great Gatsby and Laurie Lee’s Cider with Rosie. Maria was particularly charming with her rendition of Junk Food Junkie, and the Retrolettes brought us Trinidadian sunshine with the Andrews Sisters’ version of Rum and Coca Cola.
The session concluded with Lis’s own beautiful poem After the Poetry Reading. Then it was time for the nosh. We’ll have to do this every Sunday afternoon now. 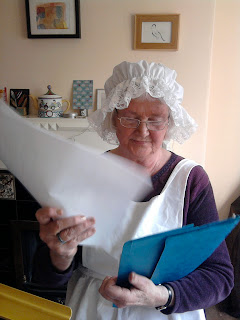 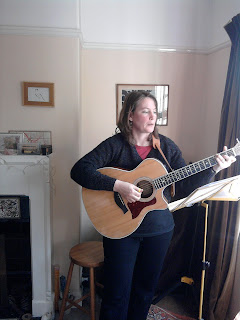 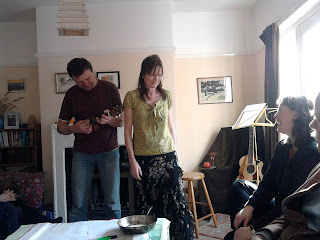 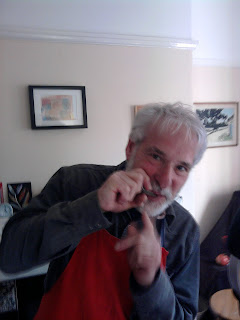