Cocktail in the Café

The key word for it? Zingy, like the excellent cocktail, which had something of everything appropriate in it, along with an ingredient which can not, should not be identified. The venue – Hawker’s Green Café in the Heart Centre – was ideal, lacking only a few directional lights, but that didn’t matter because this was delicious entertainment for a discerning audience.

I arrived from the evening with Persephone Books in the nearby library, accompanied by the speaker and several others, to find people already browsing on the delicacies on every table, waiting for the main courses from the group. Here is an idea of what they were like:

The first course was poems from Wendy Cope, June Carruthers, Philip Larkin, Stevie Smith and Frank Polite. Frank Polite? His Carmen Miranda was beautifully, fruitfully performed by Maggie Mash. We saw the pineapples and the bananas. The second course was about acting, stage uncertainties and thinking on your feet as the boards are trodden, with pieces by Nicolas Craig, Hugo Williams (Richard Rastell in Waiting to Go On... “they recast the suit”), George Burns (on faking sincerity), Victoria Wood (advice to the Piecrust Players... Rosencrantz and Guildenstern on a tandem) and Hillaire Belloc.

The poem with the longest title was performed during the third course – On seeing a collection of ironmongery in the Tate Gallery labelled “Woman” – written by Richard Rastell’s father, performed by his son. Other poems were by Frank O’Hara, Steve Ellis, Helen Burke, Roger McGough, and William Carlos Williams (The Artist, an inspired choice).

After a chatty interval, there were substantial servings in fourth and fifth courses of Paul Munden, head chef Carol Ann Duffy (Big Sue and Now Voyager), Roger McGough, Liz Lochhead, Lee L Berkson (the shade of Humphrey Bogart appeared), Linda France, Louis McNeice, Margaret Hobbs, Peter Spafford, Elizabeth Alexander and Alfred Brendel, who turns out to have been a closet poet as well as a rather famous pianist: his The Coughers of Cologne proves that he was rather good at it as well.

By the end, we were all happily pogged. Jane Oakshott, Richard Rastell and Maggi Mash (pictured below) were exquisite. See their website here. 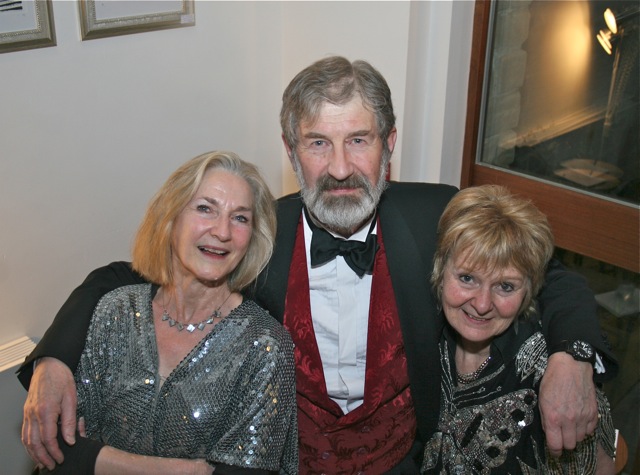