Endymion launch at the Flux Gallery

Sheila Chapman writes:
The Flux was its usual self on Saturday night: skewiff, tilted, slanted and full of poets. We greeted each other with immortal lines like, ‘nice to see you’ and ‘god it’s been a long time’, sipped/glugged our drinks, nibbled nuts and partook of divine cheese and pickle sandwiches.

The poetry and readings were divine too with ten artists taking to the floor to celebrate the launch of Endymion by Flux Gallery Press. Endymion is an Arts and Poetry magazine which is packed with poems, reflections, critique and illustrations. This first edition focuses on romance, not just the romance of love but romance in its broadest sense.

As the Foreword to the magazine says:
‘In its original historical context the word romantic encapsulated a richly nuanced set of meanings ranging from the revolutionary to the notion of the sublime. Above all, it stood for the complex of emotional and psychological responses that defined a new conception of humanity characterised by a heightened sense of individualism'.

Each of the people who read last night had contributed to the magazine and they brought it to life before us. Their readings reflected its wonderful variety taking us through a range of emotions as well as perceptive observations, inspired language, evocative imagery and great good humour.

Des the Miner played their hearts out and we talked, laughed and listened our way through the evening. As an audience member said:
‘Superb. Convivial, intelligent, wonderful atmosphere’.

Endymion can be bought on Amazon, and Kindle is coming soon, subject to the resolution of some software problems! 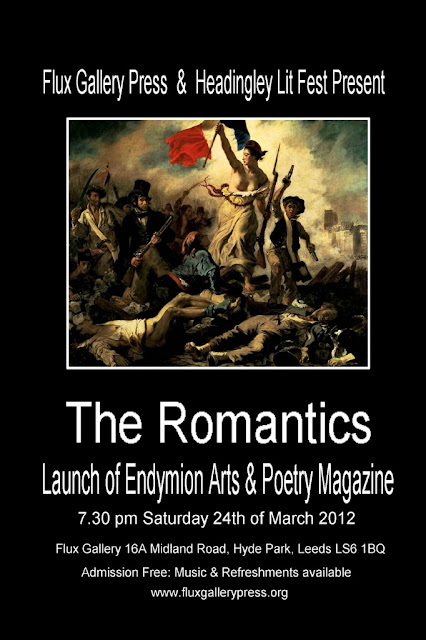