Not the Booker Winner - Michael Stewart 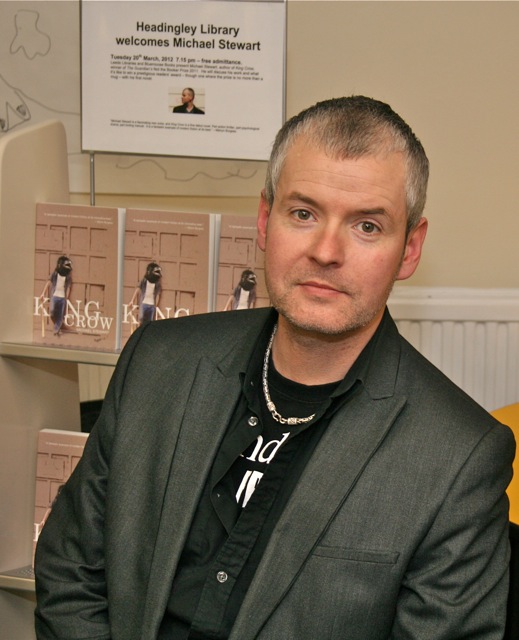 When publisher Kevin Duffy was asked how he decides what to publish he replied, “I pick a good story” and if King Crow by Michael Stewart is anything to go by he is an excellent judge of a good story.

Michael spoke about his debut novel, which is a mixture of bird book, thriller and romance. He read extracts from different sections and talked about what inspired him to write it. The book has received a number of accolades including winning the ‘Not the Booker prize’ from The Guardian as well as being the only new novelist nominated by one of the authors on the World Book Night Giveaway books. It is also described by novelist David Peace as "brilliant".

The audience enjoyed interacting with Michael and there was a lively Q and A session after the talk. He gave us a teasing description of his next book, which will be published next year, and shared with us the news (received by text while he was on the way to Leeds) that he had just been commissioned by the BBC to write another play for Radio 4.

Kevin Duffy from Bluemoose Books, an independent publisher based in Hebden Bridge also answered questions on the publishing business and why he re-mortgaged his house to pursue the business. He gave a very interesting insight to the big publishing houses and also the big literary awards.

The event was very enjoyable and both Michael and Kevin spoke passionately about books and writing. I wish them further success with King Crow, it certainly deserves it.
Posted by Richard Wilcocks at Tuesday, March 20, 2012