The Lingo of Food at the Heart Centre

June Diamond writes:
This joint event between two creative-writing  groups, both tutored by poet Becky Cherriman, marks the third year of collaboration between the Osmondthorpe Resource  Centre and the WEA.
And it was quite an event. Around me the audience agreed that this was a deeply moving celebration of creativity and cooperation. As Carl put it, getting off to a rousing start, it was, “a chance to try”. We shared Carl’s dream, to live by the sea and eat fish and chips, with freedom and with choice. What more could anyone want?

Siobhan entertained us with an account of the food she was given as a child when she was poorly - butterscotch Angel Delight - and Suzanne evoked real suffering, and the nectar of the first food taken after a blinding migraine. Their group piece on starvation was a searing critique  of the modern world.

In the second group David Newton entertained us with a clever piece on the ironies of food and  the rules set down by religious groups. Fabian  moved us with the story of how he had got to be here, and the deliciousness of green bananas, and Michael gave us a great account of a meal in Dubai that was intensely memorable in many ways, including economically. Jane described  graphically to us a  stomach-curdling meal in Hell.

Howard took a different line with a poem entitled Soul Food. If music is the food of the soul, then happiness for Cliff Richard is performing to a room full of look-alikes.  Again, the group talked about starvation with compassion and empathy.

In the next group Adrian read Jenny Jones’ very funny piece on the aspiration towards vegetarianism.....if it weren’t for the temptation of bacon butties, sausage sarnies and corn beef hash. Robert gave us a lovely description of eating fish and chips with his brother, and Richard and Elaine eulogised chips together. Julie F led us to imagine the bliss of ice-cream at any time of the day.

A couple of clever poems in this group reminded us that food has feelings too. Linda represented the cappuccino as a gorgeous Italian lady (arch-enemy, tea). In Metamorphosis Adrian cleverly drew us into the experience of the pear becoming pudding, and the pleasure and pain of transformation. This session ended with an ode to greed by Richard and Linda.

Chris reminded us of the transformation wrought on ordinary food stuff as it becomes stew. Howard gave a clever wordplay on seasonal food. Vivian reminded us, unforgettably, that food does not come from supermarkets, and that every bit of it is valued in the rural economy, using time-honoured skills. Chris and Howard produced a graphic metaphor in  Full Sky.

The final group began with a deeply-felt reflection on starvation. Julie B reminded us vividly of the deliciousness of pie. David Maccoby  related a memory of a meal – all wanted, all delicious, and reminded us of where it goes. Angela gave the amateur cook’s point of view with an ode  to Delia, and a cry of anguish when somehow it never comes out like it does in book or on telly.

The presentation ended with a final piece by Jane and with fervent thanks, and of course applause. 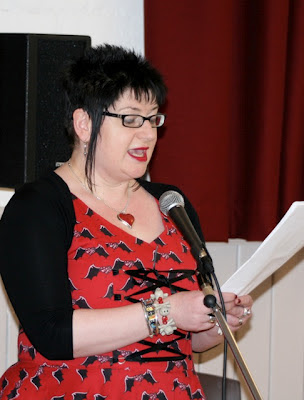 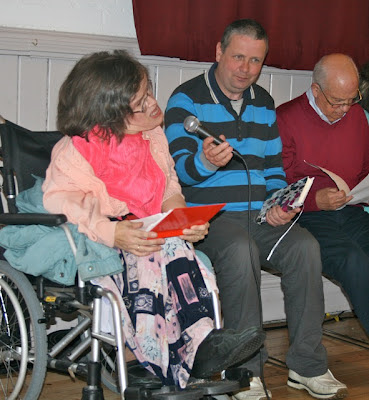 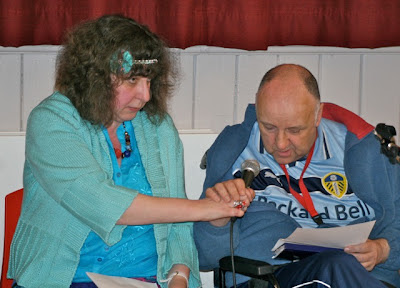 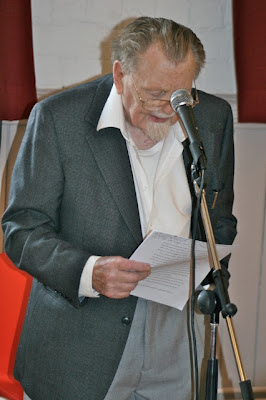 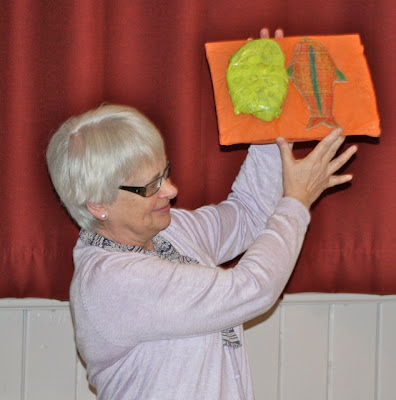 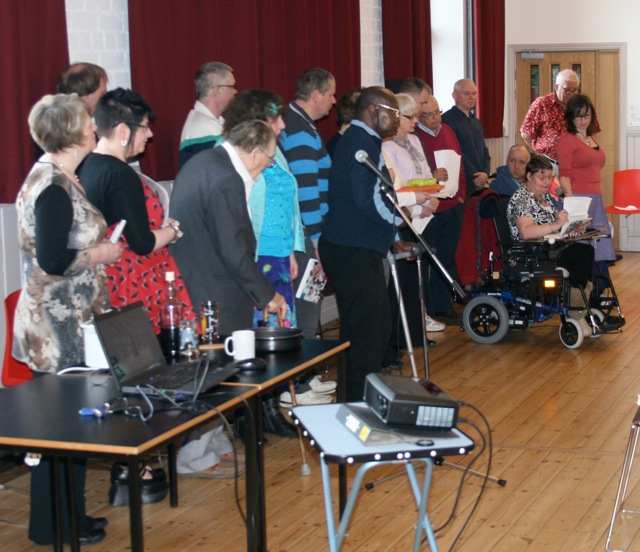 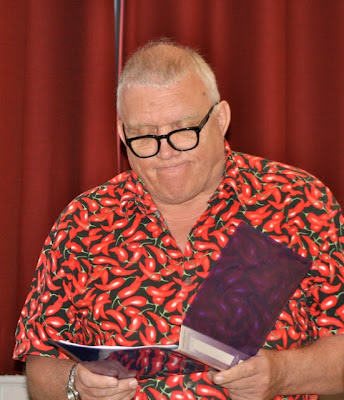